John Hansen is interested in all tattoo styles, but he mainly focuses his studies to Realistic, Biomech/organic, Blackwork, and Neo-traditional styles. John has been interested and naturally inclined with any art form he’s experienced even since kindergarten. He attended every art elective course available through middle school and high school, as well as 3+years of private drawing and painting lessons. Tattoos didn’t interest John until he saw the amazingly detailed Biomech tattoos being done by Guy Aitchison around 2003, and shortly after, the Portrait work of Nikko Hurtado. The addiction began with collecting tattoos, and eventually transitioned into a desire to create the type of work of the world’s greats.

A life changing event in 2009 involving his thumb and a table saw brought his previous career in car audio and upholstery to a swift end. Still bandaged from his injuries, John got an apprenticeship that same December and worked hard for the knowledge to grow. Since his street shop mentor was not equipped to provide a full education, videos, the internet, collecting tattoos from some of the local talent, and hard work brought him a long ways toward his goals, and he says that working at Black Lotus has really boosted his learning curve to the next phase.

Due to the detailed and complex nature of his tattoos, John books out up to a year in advance, so if you’re interested in scheduling with him, get right in to do so, or come by and chat! He is dedicated to making your tattoo more than you imagined it could be. 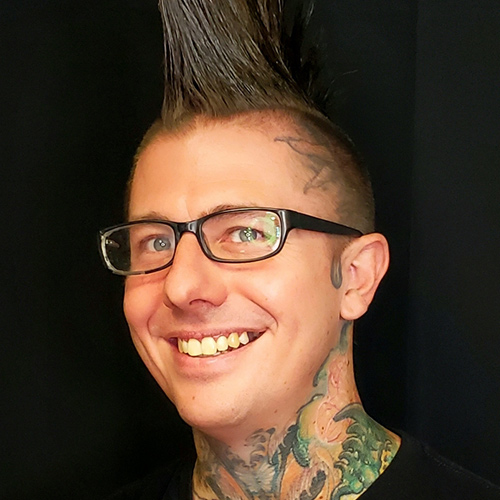 Get in touch with John Hansen